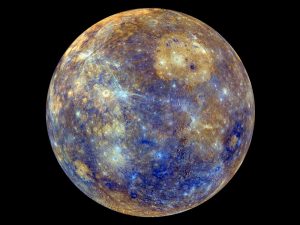 This particular transit of Mercury through Cancer will be longer than usual, as it will include a Mercury retrograde from June 18 through July 12, solely in the sign of Cancer, which is why it will remain here through August 4.  The corresponding shadow dates for pre- and post-shadow are June 2, and July 26, respectively.  Mercury is chatty and communicative, sparking thought and conversation, and Cancer is intuitive and emotional, which would tend to soften Mercury around the edges a bit.  Expect more emotion, not just from yourself, but from others as well now, with the possibilities of those emotions being heightened at certain times.  Intuition will also run higher, and it is important to respect and learn from it.  When those intuitive thoughts appear, pay attention to them.